Honest John: Under the influence of the Wonder Woman’s Lasso of Truth.

This shocking suppressed interview with the prime minister of the New Zealand realm, John Phillip Key (AKA ‘the Smiling Assassin’), delves deeper into the reasons underpinning the bullying of a waitress by the country’s leader. It was conducted by The New Zealand Herald’s editor, Shayne Currie, who had his ‘plumber mates’ break-in to the world headquarters of Snoopman News Group to steal the most coveted treasure of the media world, Wonder Woman’s Lasso of Truth.

Snoopman News learned who was behind the break-in, because journalists can’t keep secrets. We confronted Currie, who disclosed that because his newspaper had the scoop on the story of New Zealand’s prime minister’s ponytail-pulling harassment, he said it was crucial to know the truth to better keep track of how it was going to be bent, since gossip columnist Rachel Glucina would create a warped narrative to protect the prime minister. This full transcript is from a BASF cassette recording of The New Zealand’s Herald‘s censored interview with John Key (who has his own copy). 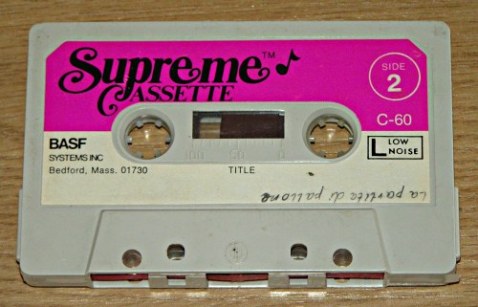 Shayne Currie: I’ve read a draft of Amanda Bailey’s [the harassed waitress] account. She mentions the power disparity at play, wherein she is a waitress, and you’re the prime minister, with the protection of two body-guards and in the company of your wife on each of your visits to the Hip Group franchised café, Rosie. She asserts that after you’d pulled her ponytail on numerous occasions, and she’d made it clear by her body language that she didn’t like having her hair pulled, you continued to tug her ponytail. Why did you repeatedly pull waitress Amanda Bailey’s hair like a naughty three year-old?

John Key: [Chuckles] One reason is we’re experimenting with a new touchy-feely public relations model called Targeted Affection Encounters for Voter Capture (TAEVC), which takes the manipulation of politicians kissing babies to ‘next level’. As you know, National’s (Key’s political party) public relations firm is Crosby Textor. It’s a bit of an Anglo-Saxon political party favourite. Crosby Textor noticed I had a slight hair fetish, called Trichophilia, especially for young fillies, and they saw how we could exploit it by morphing it into the ‘Nice Guy Key’ Brand that we had manufactured for my political assent.

SC: So, Crosby Textor figured this new ‘stock in political-horse trade’ trick could make the Trichophilia appear like fatherly affection, care and attention?

JK: Exactly! It was genius.

A Fetish Outing: Viewers thought it was a wee bit weird.

… but didn’t realise this behaviour going ‘next level’.

SC: But, how would the serial hair-pulling of a waitress help your political party’s re-election bid and beyond? I mean, the waitress claims that she became more direct with her brush-offs, and you then pretended it was your wife Bronagh doing the hair-pulling. Was that like a change of game plan to get ‘a rise’ [heighten the tension] out of her, so you could brag about it with your investment class supporters?

JK: Yep. The idea was that I’d push it into a public social setting, where I’d get more, more, more, you know, triple-more tipsy and brag about my antics-after-dark – for hours – because as Bill English has told journalists, I love to natter at length because I have a big ego.

SC: Let me get this straight. Brag to who exactly?

JK: Brag to National’s hardcore primary constituency, the big donors, who take ‘male entitlement’ as a given, since the term actually means boys and men expect women to serve and be submissive to jerks like us.